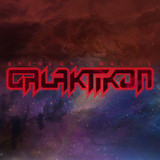 An American producer, animator, standup comedian, voice actor, and multi-instrumentalist, Springfield, Illinois native Brendon Small is best known as the co-creator of the popular animated television series Home Movies and Metalocalypse, the latter of which spawned the cult virtual death metal ensemble Dethklok. A Berklee College of Music graduate who also studied comedy and writing at Emerson College, Small and animator, screenwriter, and voice actor Loren Bouchard (Bob's Burgers, Lucy, The Daughter of the Devil) debuted their animated TV sitcom Home Movies in 1999 on UPN. After moving to Adult Swim, the show developed a cult following and enjoyed a four-season run. Bouchard would eventually go on to create the similarly successful Bob's Burgers, while Small and Thomas Blacha (Da Ali G Show, Late Night with Conan O'Brien) focused their efforts on developing the macabre animated black comedy Metalocalypse. Small contributed all of the music to the program -- he did the same with Home Movies -- and the show's neck-snapping house band, Dethklok, would go on to release a string of successful albums, including The Dethalbum (2007), Dethalbum II (2009), Dethalbum III (2012), and The Doomstar Requiem (2013) -- they even released a split CD with Texas alt-rockers And You Will Know Us by the Trail of Dead. In addition to his work with Dethklok, Small has released music under his own name, beginning in 2012 with Brendon Small's Galaktikon, which he described as a "high-stakes, intergalactic, extreme rock album." A sophomore outing, Brendon Small's Galaktikon II: Become the Storm, followed in 2017. ~ James Christopher Monger, Rovi