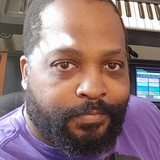 What was started as a joke could turn into something consequential to one’s journey. Charles Lewis required the stage name ‘Big Grime’ from a “friend” who once made fun of him by calling him names for taking music seriously, then he decided to reclaim it as a mark of the successful musical path he would like to pursue as Big Grime. Based in Colonial Heights, Virginia, this self-taught producer/multi-instrumentalist first tried producing at the age of 16, mixing and sampling sounds by utilizing a consumer dual cassette tape player with a hole mic input. And his love on creating music has developed since then. Big Grime takes pieces of every genre of music he listens to—from Hip Hop, RnB, Techno and the likes of Latin and Jazz—to inspire the array of rich detailed instrumental sounding he put in each of his up-tempo and melancholy beats. The latest release, “Pop Stars Instrumentals, Vol. 1” is no different. It is more than just loops—Big Grime created each track in this album based on the motivation of producing music for Janet Jackson, cutting samples and creating instrumentals from scratch with analog mixing board to match the image of distinctive tonal range of the very Pop Diva. Big Grime has both the eye and ear to create sounds that are precisely needed to express either himself or other various artists he has worked with, and this is the reason of him to keep continuing him 20 years musical journey. All inquiries: biggrime@biggrime.net