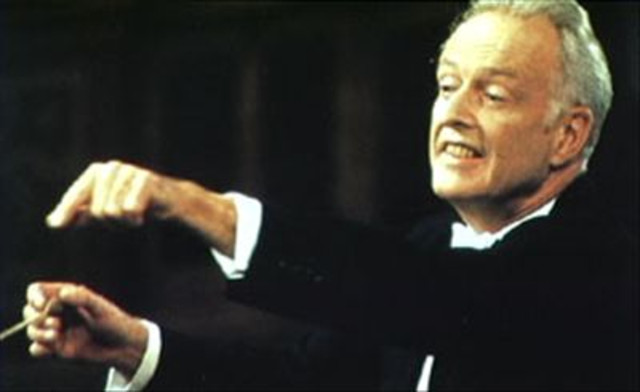 Carlos Kleiber was one of the legendary conductors of his time, famous for his infrequent, but supreme interpretations of a limited repertory. The New York Times called him "the most venerated conductor since Arturo Toscanini." Carlos Kleiber was born in Berlin, but was raised in Argentina. He was interested in music from an early age, despite opposition from his famous father, the conductor Erich Kleiber. Carlos settled in Europe in 1952 to become a repétiteur at the Theater am Gärtnerplatz in Munich. He made his debut conducting Millöcker's Gasparone in Potsdam in 1954. He attained another répétiteur position in 1956 at the Deutsche Oper am Rhein in Düsseldorf and was promoted to conductor in 1958. From 1964 to 1966 he was a conductor at the Zürich Opera, then first conductor at the Württemberg State Theater in Stuttgart (1966-1968). From 1968 to 1978 he was a conductor at the Bavarian State Opera in Munich. During this period he made notable guest appearances. His British debut was conducting Berg's Wozzeck at the Edinburgh Festival in 1966. His Vienna debut was leading Tristan und Isolde in 1973, and he debuted at Bayreuth conducting the same work. In 1974 he appeared for the first time at Covent Garden and La Scala, in both cases conducting Richard Strauss's Der Rosenkavalier. His American debut vehicle was with Verdi's Otello in San Francisco. He made his debut at the Met in 1988. Subsequently, he also appeared as a conductor of orchestral concerts, including performances with the Chicago Symphony, the Vienna Philharmonic, and the Berlin Philharmonic. After Kleiber gave up his position in Munich, he did not enter into another permanent relationship with an orchestra or opera house, preferring instead to make rare guest appearances. Kleiber was a tireless perfectionist who possesses a remarkable intensity in rehearsal and performance. He produced performances of refined, polished execution that strip away everything but the composer's purest intentions. Kleiber released only a few recordings, but each one is considered a masterpiece of interpretation. His repertory came primarily from the Classical and Romantic repertoire, including Beethoven, Brahms, and Mozart symphonies and overtures. Among the highlights of his career were his interpretations of opera, including Der Rosenkavalier, and Johann Strauss' Die Fledermaus. His repertoire also included waltzes and other lighter works, which he performed on the Vienna Philharmonic's New Year's concerts. Some of his opera productions, and a documentary of his rehearsal and conducting technique, are available on video. A very private man, he avoided public appearances and press interviews. He became a naturalized Austrian citizen in 1980.