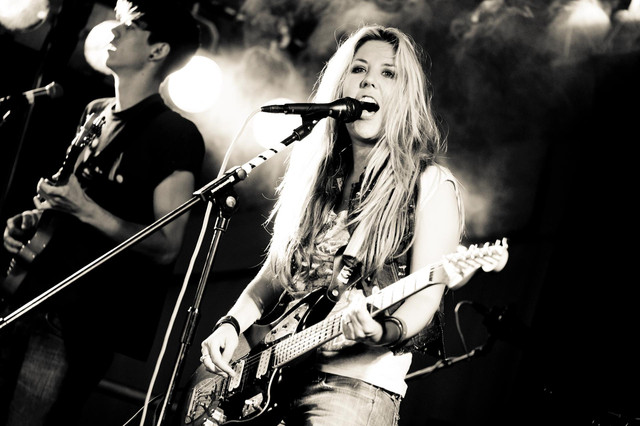 Kenelis delivered a hard hitting mix of Alt Rock with elements of Punk Grunge and Hardcore. Fronted by Mel Sanson. Kenelis released their Debut album 'Remember How It Felt on their own label 'Black Grass Records' in 2009, followed by their second album 'Fake' in June 2011 which were both produced by Angus Cowan (Redwood, Reuben, Jamie Lenman). Their final release 'Move', a 4 track EP was released, produced by Chris Coulter (Arcane Roots) on the 10th December 2012.   “Keep a close eye on this lot” Rocksound Magazine "Kenelis are a massive band with enormous potential" Uplifted Music "We need a cool band to rock our socks off and we have found the perfect band in the form of Kenelis" Room Thirteen "This pretty much proves how good they are in one sentence as these support slots are not for shitty punk bands with no future’" Punk Prospect "We love... rock band Kenelis" G3 Magazine "They know how to lift a crowd" Diva Magazine "Breeders meets Belly retooled with a hardcore framing" God Is In The TV "All the infectious elements of yesterday’s unruly music scene that’s absent from a lot of what’s sifted through today’s sound waves" Alt Sounds "One of the UK's next generation Stadium Rockers" Loud Horizon Magazine "Fronted by Mel Sanson, one of the mightiest rock ladies on these shores" When Sally Met Sally "Fantastic live performance. Make sure you catch them this year" Lesbilicious