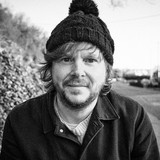 Having had some success with his first band Swampshack, Oliver Cole formed the three-piece rock band, Turn. Oliver was Turn’s singer, songwriter and main guitarist, and they soon signed to Infectious Records in London, which was home to Muse, Ash and Garbage, among others. Turn enjoyed great success and popularity, playing sell-out gigs at Vicar Street and a packed to the gills standout performance at the Oxegen festival in 2005. They released three Irish Top 10 albums and were nominated for Ireland’s coveted Choice Music Award. Oliver left the band in 2006 to begin work on his first solo album, ‘We Albatri’, which was recorded in Germany. Upon its release, The Irish Times gave the album 5 out of 5 and made it their album of the month. Oliver continues to progress his career as both a songwriter and solo artist, his most recent album ‘Year Of The Bird’ was released to huge critical acclaim in 2015. Oliver is a well-respected songwriter and continues to collaborate and tour with some of Ireland’s biggest names such as Glen Hansard and Gemma Hayes to name a few. You Were The Right Turn is the first single from his upcoming album ‘Father, Brother, Son’, set for release in late October. 'Father Brother Son' is Oliver Cole’s third album. Unearthing themes of life and loss, birth and death, it explores the path from grief to recovery, what we have and what we leave behind.