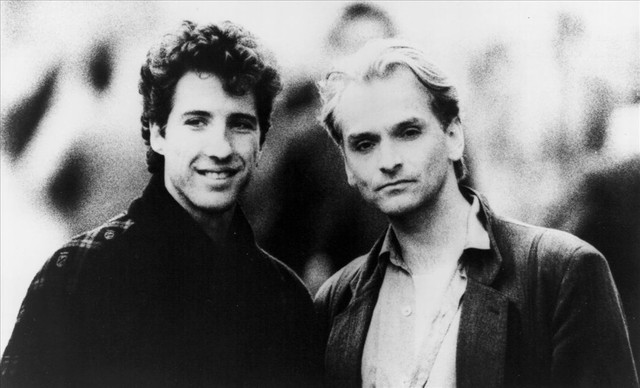 The London-based new wave group Wang Chung had a handful of hits in the mid-'80s, achieving their greatest popularity in the U.S. Originally called Huang Chung, the band consisted of vocalist/guitarist Jack Hues, bassist Nick Feldman, and drummer Darren Costin. The band recorded four tracks for 101 Records in the late '70s, all of which appeared on a pair of compilation albums. Huang Chung released their first single, "Isn't It About Time We Were on Television?," in 1980; the record led to a contract with Arista Records. The group released their first album, Huang Chung, in 1982. By the time they recorded 1984's Points on a Curve, the band had changed their name to Wang Chung. "Dance Hall Days" was a small hit in Britain, yet the band hit the Top 40 twice in America -- "Don't Let Go" made it to number 36, while "Dance Hall Days" reached number 16. From this point on, Wang Chung ignored the U.K. market, choosing to concentrate on the U.S. "To Live and Die in L.A.," the theme song from William Friedken's thriller, just missed making the Top 40 in 1985. That same year, Wang Chung switched from Geffen Records to A&M and Costin left the band. Hues and Feldman continued as a duo and released Mosaic in 1986. The album was their biggest hit, launching the number two hit "Everybody Have Fun Tonight" and the Top Ten "Let's Go!" Wang Chung returned in 1989 with The Warmer Side of Cool, which spent a mere six weeks on the charts, spawning the minor hit, "Praying to a New God." After the relative disappointment of the album, the group quietly stopped touring and recording. ~ Stephen Thomas Erlewine, Rovi