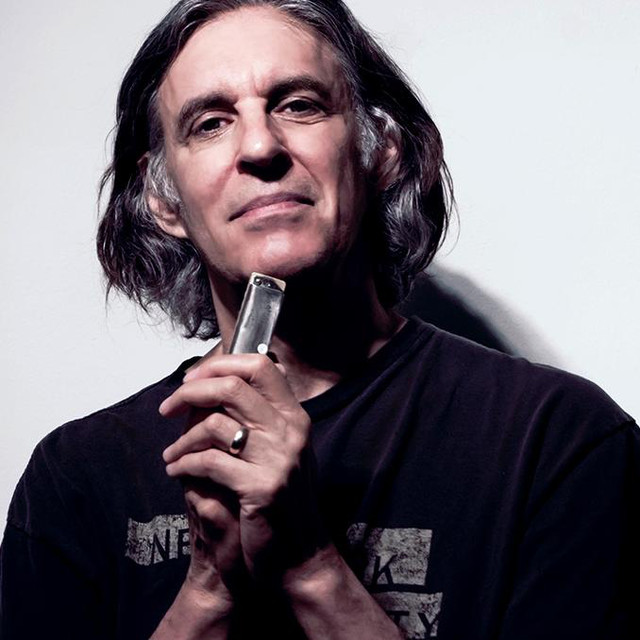 b. 1960, USA. Playing music from a very early age, Levy studied piano and music theory at The Manhattan School of Music for four years, then studied pipe organ for a further two years. While attending Northwestern University, Evanston, Illinois, he was a member of the jazz band. His multi-instrumentalism did not stop at piano and organ but extended to include the harmonica. Although playing the standard 10-hole diatonic harmonica, Levy has developed a fully chromatic style and has succeeded in making an astonishing impact in the many areas of music in which he is adept. These include jazz, pop and rock, world music, folk, blues and country, Latin and classical. Levy has played for theatrical performances, winning a Joseph Jefferson Award for Best Original Music For A Play. In television and film he has played on-screen, including several appearances on The Tonight Show, on soundtracks and for commercials. His harmonica playing was featured on the soundtracks of A Family Thing, Striptease and A Time To Kill (all 1996). Among his many live performances are a three-year stint, 1989-92, with Bela Fleck And The Flecktones. With the group, he won a Grammy (Pop Instrumental) for ‘The Sinister Minister’. This was followed by two years touring and recording with Kenny Loggins, including appearing on 1993’s Outside From The Redwoods - An Acoustic Afternoon. Levy has also played and recorded with numerous artists from many branches of jazz and pop, including Bryan Bowers, David Bromberg, Jerry Butler, Terry Callier, Holly Cole, Paquito D’Rivera, Bob Gibson, Steve Goodman, Chuck Mangione, Dolly Parton, Tom Paxton, Claudio Roditi, and Pete Seeger. In the early 90s Levy was founder of the Trio Globo, in which his collaborators were Eugene Friesen and Glen Velez. He played and recorded in Japan with classical guitarist Miroslav Tadic and drummer Mark Nauseef. He has also written music for and performed with several artists in Europe, including the Southwest German Radio Network, an association that resulted in a number of recordings, including Michael Reissler’s ‘Momentum Mobile’, recorded in 1994 by Enja Records, and albums with Rabih Abou Khalil. In 1995, Levy premiered his ‘Harmonia Mundi Suite For Harmonica And Chamber Ensemble’ in Chicago. Late in the 90s he toured with Khalil, Reissler, Ken Nordine and Laurie Anderson. In 1997, the musical, Tales From Trashmania, co-written with Koloc, was produced. In common with less than a handful of musicians, Levy has lifted the harmonica into largely undreamed of areas of musical sophistication. He creates striking improvisations that are presented with a dazzling technique that allows full flow to his creative inspiration. His skill is such that he has been realistically presented as one of the most important and radical harmonica innovators of the twentieth century. Levy is also active in music education and has given hundreds of jazz clinics at colleges and high schools across the USA.