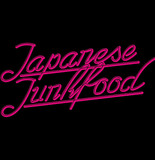 Rock’n’Roll isn’t dead… it just fell into oblivion…   That’s what the quartet from Dinslaken / Germany Japanese Junkfood had in mind, when they started jamming in early 2019. Driven by the monotony of today’s youth culture, Japanese junkfood have agreed to declare war on the mainstream with their music. Crude rock’n’roll between 80s sleaze rock, glam and punk’n’roll. For the quartet, rock’n’roll is the mouthpiece of the unadjusted in an adapted and washable time. Their debut album “Night on Fire” contains eleven songs where some of them talk about love, rejection and disappointment and friendship, down-to-earthness, lack of perspective and questions political events.