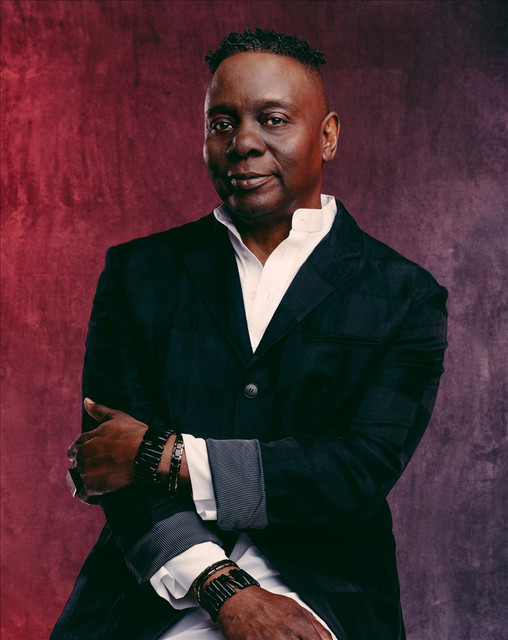 Renowned most for his zestful falsetto, Philip Bailey appeared in the early 1970s as the four-octave counterpart to Maurice White in Earth, Wind & Fire, the repeatedly multi-platinum, Grammy-winning band who elevated the art of performance to a spectacular level. In addition to singing and playing percussion, Bailey co-wrote some of EW&F's earliest hits, including "Evil" and "Shining Star," and by the end of the '70s extended his reach into production. Concurrent with the enduring EW&F, Bailey started a solo career in the early '80s that has roamed across R&B, jazz, gospel, and pop, illuminated by the number two Billboard Hot 100 hit "Easy Lover" (1984), the Grammy-winning gospel recording Triumph (1986), and the singer's most adventurous work, Love Will Find a Way (2019), which topped Billboard's jazz chart the year EW&F celebrated their 50th anniversary.

Philip Irvin Bailey began singing in church as a child in his native Denver. He remained in his hometown for college, studying at Metropolitan State University and the University of Colorado. During this period, Bailey played in a band called Friends & Love. They opened for Earth, Wind & Fire, whose Maurice White consequently invited Bailey -- and eventually the singer and percussionist's bandmate, saxophonist Andrew Woolfolk -- to be part of his group's overhauled lineup. Bailey joined in time to cut the third EW&F album, Last Days and Time (1972), and took on a greater role in the following Head to the Sky (1973), co-writing "Evil" and fronting "Keep Your Head to the Sky," the band's first two singles to peak within the Top 25 of the R&B chart. Bailey became an integral component of EW&F, an electrifying live act with remarkably consistent commercial and critical success. From the mid-'70s through the early '80s, Bailey co-wrote and was showcased on some of their signature songs, including the Top 40 pop hit "Devotion" and the number one pop and R&B single "Shining Star," which went gold and won the band their first Grammy for Best R&B Performance. Furthermore, Bailey co-wrote and fronted "Reasons," a show stopper rivaled only by the Isley Brothers' "Footsteps in the Dark" as the era's finest, well-known ballad not released as an A-side. During intermittent breaks in touring and recording, Bailey participated in numerous jazz and R&B sessions for other artists, frequently with his bandmates, writing, arranging, singing, and playing percussion in varying combinations. Most significantly, he was at the fore of Ramsey Lewis' "Sun Goddess," a number 20 R&B hit, and he led Paulinho Da Costa's EWF-spirited "Deja Vu," a deep gem that didn't receive the promotional push it deserved. Fledgling acts Free Life, Dazz Band precursor Kinsman Dazz, and Splendor were produced by Bailey during this time, too.