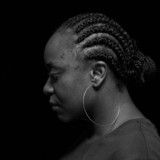 Brisbane-based Zimbabwe rapper Blaq Carrie falls into her own with the release of her highly anticipated debut album ‘RUWA’. The 9-track album showcases BC’s versatility and highlights the ever changing journey of her artistry. BC unfolds beautifully within ‘RUWA,’ leaving no facet of her life untethered, stripped bare for the world to hear and see. BC’s raps with conviction, whether she’s emancipating herself on ‘2010,’ tracing back her roots on ‘Africa On My Mind’ to the smooth and vibrant track ‘Catch Me If I Fall,’ a song that screams vulnerability and strength, the album sees BC move mountains of emotions through her music. On how she feels about finally releasing the album, BC says, “I feel I have definitely punched through the ceilings with ‘RUWA.’ “What I want is for everyone to see my versatility and how much I’ve grown. I’ve created 9 solid tracks for every type of ear,” With talent oozing from her pores, BC is an independent artist who also created her own label. Having maintained a strong presence in the scene, BC was born and raised in Zimbabwe and is now based in Brisbane, Australia. After releasing her debut single ‘Let There Be Hope’ in 2013 she experienced a break-out year, winning the Triple J Unearthed Spring Hip Hop Festival competition and winning the Queensland Music Award ‘Best Urban Song’ and the Australian Independent Award and Music Video Award as well. BC is ready to make 2021 her year.