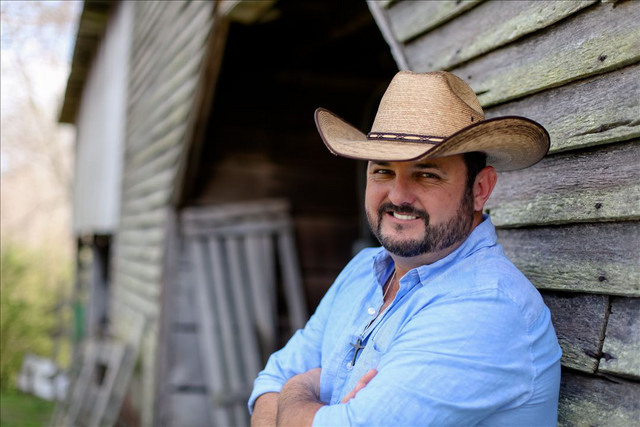 Stepping into the country music space vacated by CW McCall, Red Sovine, and Jerry Reed, TONY JUSTICE is today’s “artist of the truckers.” Unlike many of the artists of that era, Justice actually IS a trucker--he logs an average 2500 miles per week in his 2007 Peterbilt 379 and was named 2017’s “Truck Driver of the Year” by American Trucker magazine. Justice, however, was not just recognized for his years of dedication to the industry and his time behind the wheel, but his decades as an artist whose music had inspired millions of truck drivers across the nation. Over the past six years, Justice has released four CD projects--On the Road, Brothers of the Highway, Apple Pie Moonshine, and his latest, 2017’s Stars, Stripes, and White Lines—each filled with songs about blue-collar life, and celebrating those who spend it hauling goods along our nation’s long white line. Though Justice drives for a living and his face has graced the front cover of most truck industry magazines, his artistry as a songwriter and performer have him writing with songwriters like Kim Williams, and sharing the stage with artists like John Anderson and John Michael Montgomery. The official music video for “Brothers of the Highway,” the title track of his sophomore project, which also featured guest artist Aaron Tippin, and received over 1.5 Million views online.