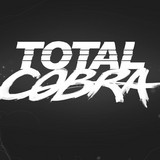 Total Cobra is named after a fictional character living in an orwellian future. The Mad Max/Blade Runner inspired world in which he evolves requires stong character, which explains his choice of name. His world and society is going through a crisis in our dystopian future. Massive inequality, biodiversity loss and climate change have ravaged society. Nameless corporations control the future of mankind. The young musician called Total Cobra and his companions decide to leave their poverty-stricken settlement in search of a better future. Armed with their songs and stories they travel to the neon and the Night City to tell their tales… The Band: Based in Lausanne, Switzerland, and all born during the 1980's, Total Cobra's band members use instruments and sounds from the 80's decade, in order to create a nostalgic, yet futuristic musical atmosphere. Big fans of New Wave, Rock, and Electro, the band's inspiration comes from their everyday lives, friendship, hardships, and observation of political and philosophical movements in the world. The band's members, Marc, Ed and Jackson have performed in Swiss bands such as ShutupAntoine (Rock), Algebra (Thrash metal) and Bagheera (Groove Metal).