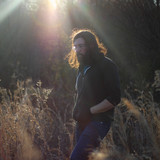 Elonzo Wesley began in January 2015, shortly after the breakup of Charlotte NC’s Elonzo. After moving from Atlanta in the mid 2000’s, singer-songwriter Jeremy Davis (Elonzo Wesley) formed the indie rock band, naming it after his father. The band self-released three full length records and two EP’s, touring the Carolina’s and Southeast. By December of 2014, after slowly disbanding for some time, another chapter in this story began. With 3 full length albums, hundreds of shows, and a few years under his belt, Jeremy Davis will continue to carry his father’s name as a moniker and guide. Elonzo Wesley, at it’s best is; the musical truth of the moment, combined with the beauty and sadness of what has passed. Currently, EW is performing as a solo artist and also with a string band.