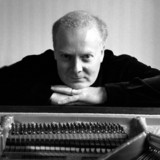 Nigel works extensively as a composer for television, theatre, film and the concert hall. He has composed music for over twenty Royal Shakespeare Company and Shakespeare's Globe productions and received the New York Drama Desk Award for Much Ado and Cyrano de Bergerac on Broadway. He has scored numerous American and British television productions, including A Woman of Substance, Vanity Fair, Campion, Maigret, Dangerfield, Just William, Wycliffe, Ballykissangel and New Tricks. He has received the Ivor Novello award twice for Best TV Theme (Hetty Wainthropp Investigates and Testament), and is well-known to Classic FM listeners for his film soundtrack to Ladies in Lavender played by violinist Joshua Bell and the Royal Philharmonic Orchestra which was nominated for a Classical Brits award. His music for the concert hall includes the Concerto for Piano and Orchestra, commissioned by HRH The Prince of Wales in memory of his grandmother, and premièred and recorded by internationally-renowned pianist Lang Lang; A Christmas Overture commissioned by John Rutter and premièred by the RPO at the Royal Albert Hall; Jubilate Deo commissioned by the City of Birmingham Symphony Orchestra, and A Celebration Overture commissioned by the Royal Liverpool Philharmonic Orchestra. His music for symphonic wind band is played worldwide, and includes commissions from the Royal Air Force and the Band of the Coldstream Guards. More at www.myramusic.co.uk.