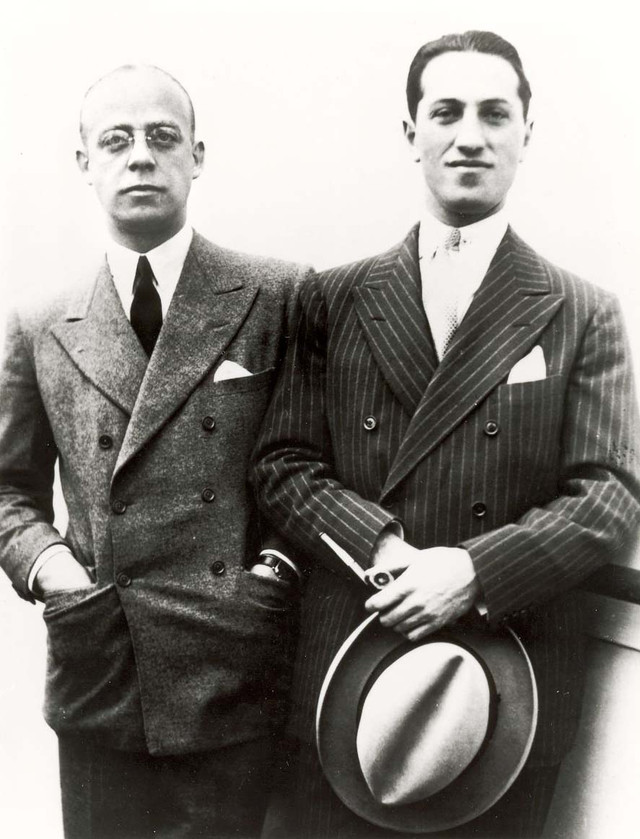 Ira Gershwin was the brother and preternaturally well-attuned lyricist collaborator of Broadway compsoer George Gershwin. The two wrote hit songs for such musicals as Lady Be Good, Of Thee I Sing, and Funny Face. He furnished the texts of some of the greatest songs of the twentieth century -- "I Got Rhythm" and "Someone to Watch Over Me," to name just two. Born in New York, Ira was George Gershwin's older brother. Ira Gershwin developed a talent for writing and drawing in high school, where he wrote a column in the school newspaper. After graduation he attended the City College of New York but dropped out to pursue a career as a writer. In 1917 he sold his first magazine article. That year, a stint as a reviewer for vaudeville shows led him into music, and in 1918 the famous collaboration of George and Ira Gershwin began. Because his younger brother had already made a name for himself on Broadway, Ira Gershwin took the pseudonym Arthur Francis. His first Broadway hit came in 1921 with Two Little Girls In Blue, a musical he created not with his brother but with Vincent Youmans. In 1924, when the Gershwin brothers hit their stride with a plethora of Broadway success, he dropped the pseudonym. Gershwin never resented the greater share of the limelight that often went to his hyper-energetic and personally magnetic brother. Their collaboration lasted without a break until George Gershwin's death from brain cancer in 1937, encompassing films and the "folk opera"Porgy and Bess in addition to stage shows. Ira Gershwin retired from songwriting after his brother's death but began writing again in 1941. He worked with composer Kurt Weill that year on Lady in the Dark, and also collaborated with Jerome Kern and Harold Arlen. In 1959 he released an album of his work, Lyrics on Several Occasions. He finally retired in 1960 after more than three decades of songwriting. Gershwin received three Oscar nominations: in 1938 for Best Song (for "They Can't Take That Away From Me," from the musical Shall We Dance?); in 1945 for Best Song ("Long Ago and Far Away," from the musical Cover Girl); and in 1955, once again for Best Song (for "The Man That Got Away," from A Star Is Born. Part of his lyric genius resided in his sensitivity to the jazz rhythms that pervaded his brother's music, and his success in finding lyric surprises that complemented them. Gershwin died in Beverly Hills in 1983. He received a star on the Walk of Fame in Hollywood on June 4, 1998.