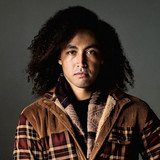 A Note Two Self

Musician by trade, and singer songwriter by nature, Mike (Rook) Richards, A.K.A. A Note Two Self, s a hardworking Northern Virginia Native who is determined to put his story out into the world by painting vivid imagery through beautiful lyrics, danceable rhythms, gorgeous melodies, and great vibes.   “Eventually I picked up a guitar and became obsessed with learning my favorite songs on the radio.”   Richards later started an alt-rock band The Offset, but after life got in the way and his bandmates split up, he began to focus on a solo music career.   Following his instincts, Richards chose A Note Two Self to be his music’s identity. “A Note Two Self was almost a reminder to me that when I took the step toward music, that I was gonna treat it like a language and immerse myself in it in order to learn the ins and outs. I was going to sort out how I was going to turn this into my livelihood and never settle for less.”   Since 2017, Richards has released multiple singles, an EP and had many local touring opportunities. His key objective within all his discography is to allow the music to speak for itself, and letting it get to the heart of life's matters.