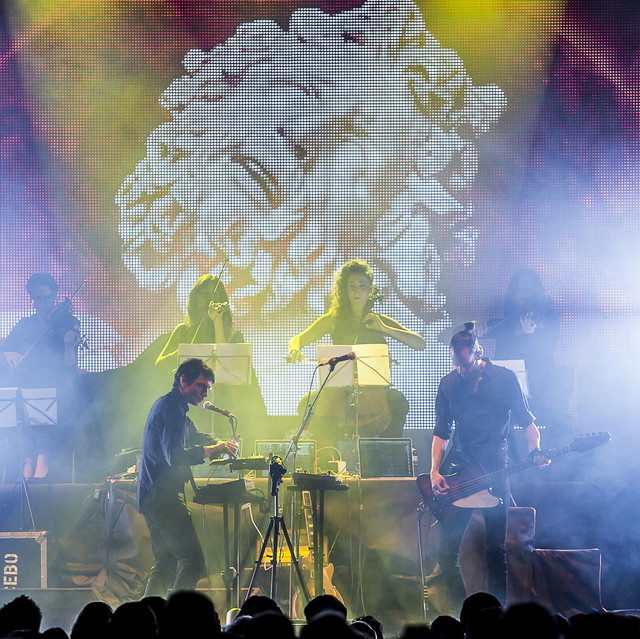 DIGITAL 21’s past in electronica proved a good fit for STEFAN OLSDAL, who had years of experience in the iconic, guitar-led alternative rock band PLACEBO and, in 2013, they decided to join forces simply as “DIGITAL 21 + STEFAN OLSDAL”. Both are multi-instrumentalists, and Digital 21 is the band’s visual artist, creating the artwork and the videos. Both equally share a passion for electronic, rock and classical music, they have now created, in their debut album, "INSIDE", a contemporary hybrid of electronic music, mixing up club sounds and real instruments; including a strong focus on strings. They are recording and plan to release the second album "COMPLEX" along with more live performances (accompanied by a string quartet), in 2020/2021. PRESS: • “One of the best albums of the year” (Radio3 / Spanish National Radio) • Radio X (U.K.) “Debut of the year so far” • Mondo Sonoro "a superb, spectacular work." • EL PAIS (TENTACIONES): "The soul of the machines" • XLR8R (U.K.) “A sprawling hybrid of club-based sounds and organic instrumentation.” / "stunning interpretation of Moderat's "Rusty Nails." • Siglo XXI (Radio3): “Two great creators” • TVE2/La2 News (TV):

“Organic Electronics that grow live, a clash between strings and synthesizers, a sensory journey in which the essence of both musicians is breathed” • TVE2/La2 “Atención Obras” (TV): “Brilliant. Very emotional music” +info: https://www.digital21andstefanolsdal.com/ Contact / Press: p.estereo@gmail.com