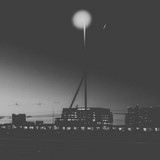 Idealism is an outlet for Lassi Kotamaki's placid, instrumental hip-hop tracks. The independent Finnish producer's material plays out at a leisurely pace, typically colored with uncomplicated piano melodies and steady, softened beats accented by ambient environmental elements. He started playing drums as a youngster and added piano to his repertoire shortly before he made his recorded debut. Active with streaming and commercial download releases since the mid-2010s, Kotamaki has issued several stray tracks, including the Jinsang collaboration "Winter Bokeh" (2016), along with the EPs Rainy Evening (2016), Hiraeth, Amaranthine, and Nobody Else (the latter three of which were scattered across 2017). ~ Andy Kellman, Rovi