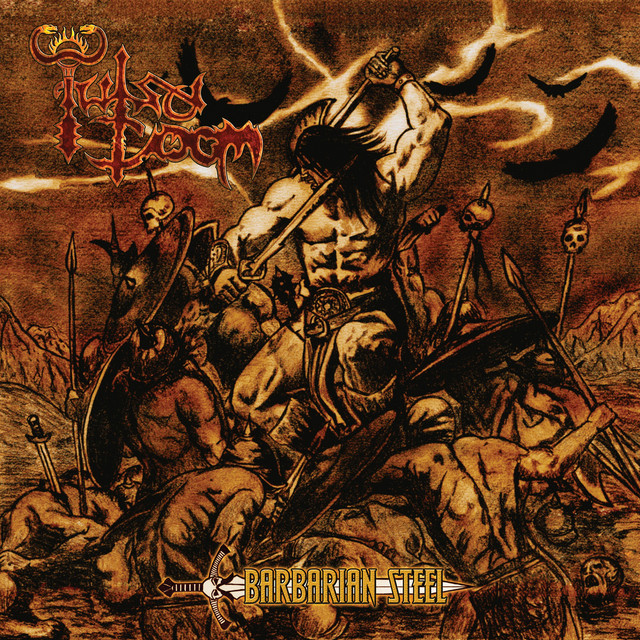 Under the command of Crom, Tulsadoom was formed in 2007 by guitarist Lord Penetrator and bassist Rick Thunder as a wild and hard-hitting Barbaric Metal outfit hailing from Austria. The sonic identity of Tulsadoom consists of steel-bending heavy metal hymns molten into a raw blend with the blood-soaked speed of early-day Thrash and Black Metal. Tulsadoom got renowned for employing a savage barbaric image, greatly influenced by “Conan the Barbarian” and other classics of the sword & sorcery era. They signed for the debut album “Barbarian Steel” (2012) to Nihilistic Empire Records, releasing also its successor “Storms of the Netherworld” (2015) under the banner of the same label. Throughout the years, Tulsadoom refined their music and faced new adventures, while the forged material continued to rely heavily on barbaric themes. Their latest releases are a split-LP/MC with Austrian Metal Bastards Hellrazors called “Helltulsarazordoom” (2017), released by Witches Brew/Cursed Records, as well as a limited tape box of the first two albums including a live show, released by Total Därkness Propaganda (2018).