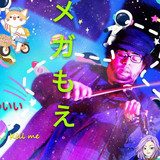 Since the age of 16 Justin has toured playing violin and has graced stages in such cities as New York City, L.A., Tokyo, Osaka , among many others. Skilled in a variety of genres ranging from classical to new age and has had experience in many different positions ranging from solo acts to bands and ethnic music groups. He has also taken part in several high profile international festivals such as the Kansai Foreign Music festival and has collaborated with Kansai MUSE in Japan. With new twists on works ranging from Classical show pieces such as Paganini's caprices to Jazz, classic rock and modern pop along with RnB Justin's repertoire list is vast, eclectic and sensible for a modern violinist. Pretty much everything from Bach to Led Zepplin and mastery of modern digital looping with many tracks from his premiere all orignal solo album featuring both classical and electric violin. Reviewed with high esteemed remarks and reviews . such as "(Justin's) classical discipline, virtuosity and reserve mixed with new age sensibilities and style, his love of music brings him to ever exceeding heights" , "Truly a spectacle of great musical achievement not to be missed", and "such beauty and passion bought into the new school, Justin is truly a revolutionary in bringing virtuosity onto the 21st century"