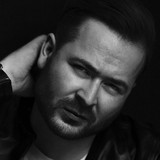 "Mayavin School of Esoteric Art and Contemplation". He garnered international attention with the song STEREO LOVE, which has been played about 700 million times on YouTube .Edward Maya is the first Romanian featured in the US Top 10 Billboard Hot 100 as the single “Stereo Love” reaching the number one Dance Airplay. In 2011