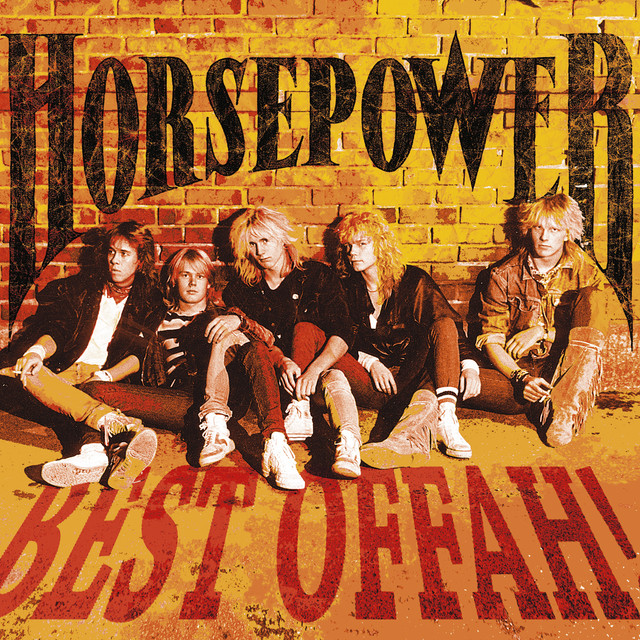 Horsepower from Tampere, Finland, soaked up their early influences from bands such as AC/DC and Aerosmith. Later on their style grew more versatile but their music has always been based on hard rock. The first line-up consisted of Ari Toikka (drums), Juha Junttu (guitar & vocals), Hessu Sillanpää (guitar), Mikko Leinonen (guitar) and Lone Hännikäinen (bass). Horsepower’s first single was already a minor local hit. It produced a deal with Poko Rekords which published their first LP Virginity in 1989. The single A New Rose Every Day (1990) was the band’s first on the Finnish charts, and Gloria from Second Albummah (1991) peaked at number four making it their biggest hit and gaining them a growing fanbase. In 1991, they recorded a single with a cover from AC/DC’s T.N.T. It was followed by personnel changes when Jykä Sirainen stepped in to bass. Horsepower released their third album Tall, Terrific and Trouble in 1992 and a live album Loud And Proud in 1993. The latter documents the band on top of their game as a four-piece now with Toikka, Junttu, Sillanpää and Sirainen. With songs from earlier albums the live album also contains covers from AC/DC and Whitesnake. At the end of 1990’s the band’s activity more or less ceased. In 2007 Poko released a compilation Best Offah with remastered songs but it took until 2018 for Horsepower to make a comeback even though they never really had broken up at all. Horsepower released singles Bullet Train and Ride with the Devil in 2018.