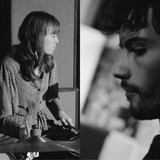 Alessi's Ark is the musical project of London born, Alessi Laurent-Marke. Aged 11, Alessi began playing drums in school bands, inspired by Meg White and started writing and performing her own songs in and around London, aged 16 . Her first album 'Notes from the Treehouse' was recorded in Omaha, Nebraska with Bright Eyes producer and band member, Mike Mogis. Alessi went on to release two E.Ps and two full length albums 'Time Travel' and 'The Still Life' though Bella Union and toured the UK, EU, Japan and US supporting M.Ward, Sharon Van Etten, Mumford & Sons, Jenny Lewis, Laura Marling and John Grant amongst others. Alessi draws from her faith, nature and relationships in her writing and collaborates with her husband and co-producer, Jason Santos in the Ark and The Walking Trees. The couple are working on their fifth studio album to be released in 2022.   “The understated arrangements suggest you’re listening to a woman with impeccable taste” - MOJO   “It takes several plays to appreciate all the small touches that make each delicate piece” - THE GUARDIAN