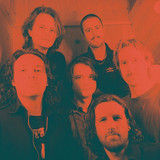 King Gizzard & the Lizard Wizard's sense of unfettered sonic exploration makes it easy to mistake them for a long-forgotten relic of the psych explosion of the '60s. With a far-out sound that, at times, feels barely held together, King Gizzard evoke the eclectic rock experimentation of Frank Zappa's early work with the Mothers of Invention, the anything-goes feeling of the Flaming Lips, and the demented glee of a random, obscure '60s group plucked from a Pebbles compilation as they follow their musical flights of fancy wherever they might lead. King Gizzard's prolific nature led them to release albums at a frenetic pace, and their intense desire to seek out new sounds and follow new paths -- from expansive jazz-rock (2015's Quarters) to semi-acoustic ballads (the same year's Paper Mâché Dream Balloon), and from sci-fi prog (2017's Murder of the Universe) to trippy garage rock (2014's I'm in Your Mind Fuzz) -- meant that every one of their multitude of releases sounded different from the last, and each one was worth checking out. Some of their albums, especially Nonagon Infinity from 2016, stand shoulder to shoulder with the best psychedelic rock ever made and even their most daring moves -- like releasing a death metal concept album with 2019's Infest the Rats Nest -- land like a knockout punch.

Formed in 2011 in Melbourne, Australia, by a group of friends who jammed frequently, then decided on a whim to play a show, the lineup consisted of vocalist/guitarist Stu Mackenzie, harmonica player/singer Ambrose Kenny-Smith, guitarists Cook Craig and Joey Walker, bassist Lucas Skinner, and dual drummers Michael Cavanagh and Eric Moore. They released two garage rock-inspired EPs in 2011, Anglesea and Willoughby's Beach, then in 2012 released their debut album, 12 Bar Bruise. Working at the kind of feverish pace that became their standard, King Gizzard followed up just five months later with 2013's Eyes Like the Sky, which the band described as a "spaghetti Western audio book" complete with narration by Ambrose Kenny-Smith's father, the noted Australian musician Broderick Smith. A third full-length, Float Along, Fill Your Lungs, was released in 2013 and was quickly followed by 2014's Oddments and I'm in Your Mind Fuzz. Still working quickly, in early 2015 they released the Quarters EP, which featured four trippy, free jazz-inspired jams that each timed out exactly at 10:10. After signing to ATO Records, King Gizzard's sound took a detour from expanded jams and fuzzy freak-outs to tightly constructed, but still weird, laid-back pop songs played exclusively on acoustic instruments on the 2015 album Paper Mâché Dream Balloon. The follow-up, 2016's Nonagon Infinity, was recorded at Daptone Studios and featured some of the band's heaviest, most forceful psych-rock to date. It was recorded so that one track bleeds into the next, then jumps back to the beginning after the last song. They tout it as the "world's first infinitely looping album." The band spent time touring and getting five albums ready for release in 2017. On the first of them, Flying Microtonal Banana, King Gizzard decided to investigate microtonal tuning, a non-Western way of tuning that involves intervals smaller than a semitone. They had a custom-made guitar gifted to them, and the bandmembers bought new gear and altered the instruments so they could be microtuned in a way that made them compatible. The group's second album of 2017, Murder of the Universe, arrived two months later in March. It was broken into three long sections, each one telling a different apocalyptic tale of the human race being taken over by cyborgs and AI while featuring heavy use of synths and spoken word narration. Just before that album's release, the band finished a collaboration with Mild High Club's Alex Brettin, who traveled from L.A. to King Gizzard's Flightless HQ studios in East Brunswick, Melbourne, where he and Stu Mackenzie put together some rough ideas. The duo was then joined by the rest of the band to fill those ideas in. Titled Sketches of Brunswick East, the album was a heady mix of soft rock, psych-pop, and cosmic jazz. It was released by ATO in August 2017, mere months before their next record arrived. The relatively straightforward (for King Gizzard) psychedelic opus Polygondwanaland was given away for free and the master tapes were offered to anyone who wanted to press the album up and sell it. ATO was one of the first to take advantage of this, and several other labels followed suit. Fulfilling the group's pledge to put out five albums in 2017, they snuck in Gumboot Soup just under the deadline. The collection of thematically and sonically unconnected songs, a rarity for the group, was issued digitally on December 31, then given a physical release in April 2018. King Gizzard took the rest of 2018 relatively easy, playing occasional shows and not releasing any albums until November, when ATO reissued their first five records on the same day. They took a relatively relaxed approach to releasing new music in the first half of 2019, too, issuing a single in February, "Cyboogie," that hinted at a new blues-based approach, then another in early April, "Planet B," that swerved into thrash metal territory. When their first album of the year, Fishing for Fishies, was released in late April, the sound was more like the former single, with the band digging deep into boogie rock, biker jams, and blues-rock all fed through their unique musical and lyrical filter. They followed in the direction of the "Plan B" single later that year on Infest the Rats Nest, a blistering metal album that revolved thematically around the death of Earth and the population of nearby planets. It was recorded by a stripped-down version of the band, often just a trio, and released in August. Around that time, King Gizzard launched a worldwide tour; recordings made at various stops were compiled on the 2020 live album Chunky Shrapnel. A like-named feature film documenting the tour was also made and released alongside the record in late April. Never one to let something, even a global pandemic, slow down their frantic recording pace, the band started working on an album while holed up in their respective homes in Melbourne. Taking up the custom-made instruments featured on Flying Microtonal Banana, the group ended up making something of a sequel to that album while also adding some acid disco to the mix on the track "Intrasport." K.G. was issued in November 2020, the same day a double-live album titled Live in San Francisco '16 hit the shelves. ~ Gregory Heaney & Tim Sendra, Rovi