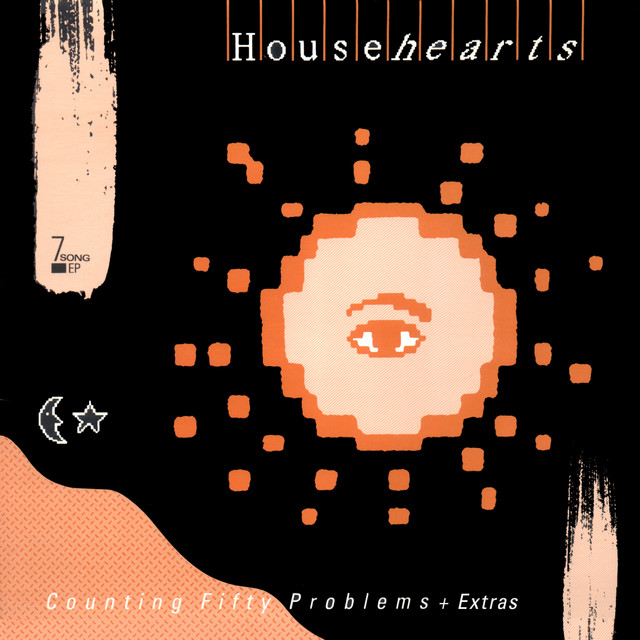 It was in the hazy days of 1982 when then OSU grad-student Bob Robinson, Columbus-native Paul Nini, and veteran-drummer Larry Altvater started post-punk outfit Househearts. Altvater soon left and was replaced for a short while by Nini’s roommate John Weber, who quickly left and was replaced with a drum-machine. The first line-up cut some demos with Fritz Mossman (who also recorded the first Great Plains release, the “Mark, Don, and Mel” EP around the same time). The final Househearts line-up released the “Counting Fifty Problems” 12″ vinyl EP in 1985, after Robinson took a job in Chicago, and Nini took over the bass spot from Mike Rep in Great Plains. “Counting Fifty Problems” got some nice reviews and quickly sold-out of its pressing. Househearts did more recording in Chicago the following year, and Robinson moved to take a new job in New Jersey, where he’s been ever since. Their never-released LP “Chant and Be Happy!” may come out one of these days too — more on that later.