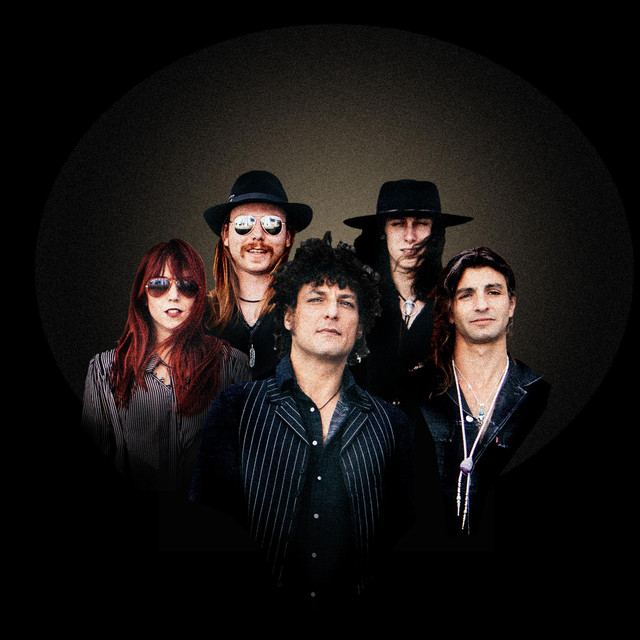 Formed and honed in East Nashville, TN by lead singer Brother Love, guitar players Alex Haddad and Kyle Lewis, and with the helping hand of a powerhouse rhythm section, Them Vibes shook the foundations of Music City with their blitzkrieg live show and soulful songwriting. Inflected with the rhythmic sway of The Faces and T-Rex, the raw energy of the Rolling Stones and the Black Crowes, and the whiplash funk of Sly And The Family Stone and James Brown, Them Vibes has risen to a sonic experience all of their own. The band has opened for household names like Cage the Elephant, Cheap Trick, Lynyrd Skynyrd, and The Flaming Lips. With three records under their belt- Shine On, TV, Electric Fever- their songs have been featured on CBS's NCIS: LA, ABC's The Rookie, Showtime's Shameless, Amazon's Sneaky Pete, Netflix's The Ranch, and a National T-Mobile campaign. America's number one independent radio station, Lightning 100 WRLT, ranked their self titled single, Electric Fever, number 22 in the Top 200 Songs of The Year, Top 4 Best Shows To See Live, and their song, "Right On," came in at #4 on the top 200 songs in 2019! Fresh off the road with Maggie Rose, Them Vibes roared back in the studio writing & recording their next EP due out in Feb 2020, ft. the unrelenting funk heavy single, "Right On," written by Alex Haddad, Brother Love, & Kyle Lewis, and featuring the brilliant, soul stirring vocals of Maggie Rose. The second single, "Powers Collide," is set to release Jan 31, 2020.