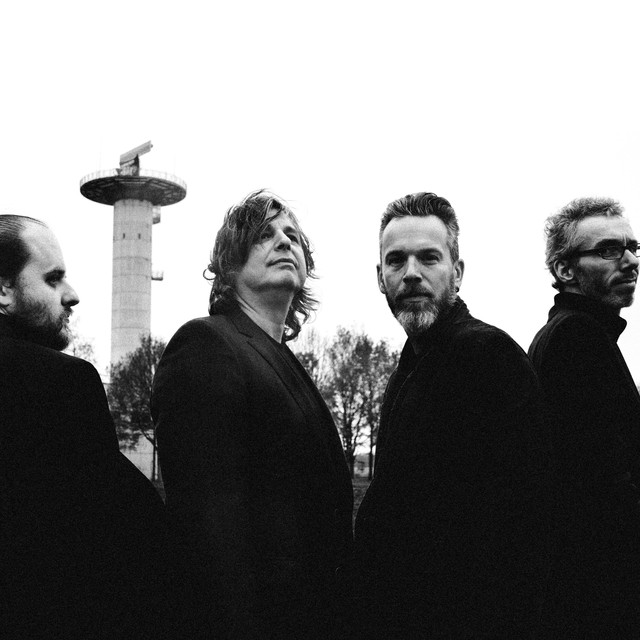 A versatile German progressive rock ensemble, RPWL emerged in the late 1990s with a sound that looked to artists like Pink Floyd and early Genesis for inspiration. As their popularity in the art-rock scene grew, they developed a more robust and singular style, issuing a string of acclaimed albums including World Through My Eyes (2005), Beyond Man and Time (2012), and Tales from Outer Space (2019).

Formed in Freising in 1997, the band's name is an anagram using the first initials of the four founding members' surnames: Phil Paul Rissettio (drums), Chris Postl (bass), Karlheinz Wallner (guitar), and Yogi Lang (vocals, keyboards). Initially conceived as a Pink Floyd cover band, RPWL transitioned into original music within a few years, releasing their debut album, God Has Failed, in 2000. Widely embraced in the art rock community, RPWL spent the next several years working to further distance themselves from their influences through albums like Trying to Kiss the Sun (2002), Stock (2003), and World Through My Eyes (2005). Their first live album, Live: Start the Fire, was also released in 2005. During this time, RPWL expanded their touring range throughout Europe and the U.S. Their next release, 9, consisted of five live tracks along with four solo studio tracks; one from each member. A year later, in 2008, RPWL again expanded their sound with The RPWL Experience, which they accompanied with a live version of the album in 2009. Celebrating their first decade of recording, they offered the 2010 retrospective double album The Gentle Art of Music. Their ambitious 2012 LP, Beyond Man and Time, was a concept album loosely inspired by Nietzsche's Thus Spoke Zarathustra, and they again followed it with a live version, A Show Beyond Man and Time, which was recorded in Poland. A year after 2014's studio concept album, Wanted, RPWL honored their roots with a live collection of early Pink Floyd covers aptly titled RPWL Plays Pink Floyd. Continuing in this spirit, they tackled the early Pink Floyd live suites The Man & the Journey with a live CD/DVD set. In 2017, they celebrated their 20th anniversary together with a hometown concert in Freising, released as the live album A New Dawn. The Bavarian prog rockers returned to the studio the following year and emerged with the pseudo-concept album Tales from Outer Space in 2019. ~ Timothy Monger, Rovi