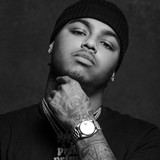 Despite being a newcomer to the music industry, Jay Whiss has already attracted a fan base that extends far beyond his home of Toronto. His debut single “Watch This” grabbed the attention of a global hip hop audience and since then he has become a fixture in Toronto’s hip-hop culture. Being a member of Prime, and with his Solo career taking off; has allowed him to stay fresh in the minds of music fans despite having yet to release his first full album. In a very short time, he has received a warm response from his releases and has solidified his place in the Toronto’s music landscape.