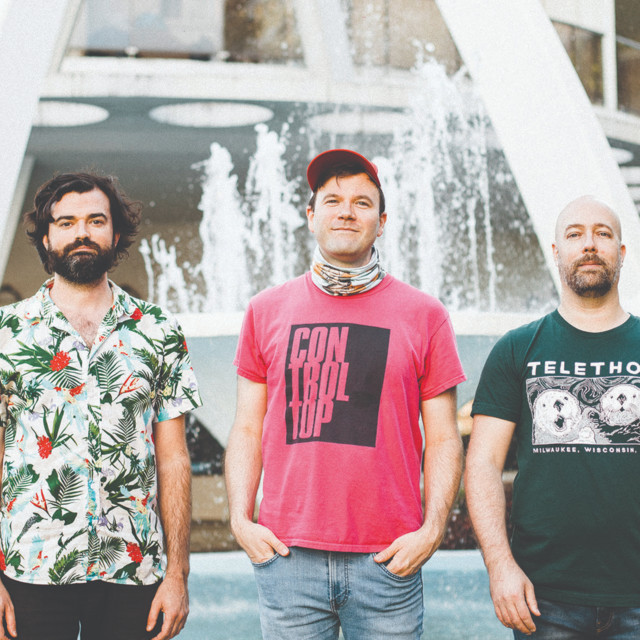 Talk Show Host have spent their life building to this moment. Since 2015, the Toronto trio have been steadily releasing hit after hit, starting with 2016’s Disunion Tour EP and culminating in 2017’s Not Here To Make Friends EP (recorded by John Dinsmore). With over 100 shows under their belt locally and in sojourns overseas in places like France, Belgium, Italy and Germany, as well as opening slots for bands like

Planes Mistaken For Stars and Pet Symmetry, Talk Show Host are ready for their moment. Their spotlight has arrived with Mid-Century Modern, the band's first full length record. Over 10 songs, the band, consisting of Chris Veinot (guitar & vocals), Fabien Rivenet (bass & pastry) and Sean Woolven (drums & backup vocals), takes us through a cavalcade of pop-punk hits. This is the sound of a band that has taught themselves all the tricks in the power-pop playbook and left notes in the margins. Working once again with producer John Dinsmore (PUP, Single Mothers) in his studio the Lincoln County Social Club, the band worked tirelessly to see their vision fulfilled. On Mid-Century Modern, bear witness to the crystallization of punk rock perfection, honed and refined in the DIY trenches and masterfully polished by superlative skill and striking songwriting. - Niko Stratis