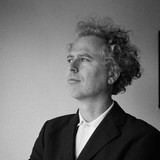 Toby Martin is a musician and songwriter. He is perhaps best known for his role as the lead singer of much-loved Sydney rock band Youth Group, with whom he has released five studio albums, toured the world, won an ARIA, and had a #1 single in 2006 with ‘Forever Young’.

The band’s most recent album, 2019’s Australian Halloween was feature album on Double J and named by the station as one of its top records of the year. Toby has also released two solo albums, the most recent of which, Songs From Northam Avenue (2017), was inspired by stories from the Sydney suburb of Bankstown and featured a diverse group of Western Sydney musicians. His new solo record, I Felt The Valley Lifting, due in September 2021 , was written while living in the small northern English village of Slaithwaite and is a collaboration with local folk, rock and Persian musicians from that region. I Felt The Valley Lifting - recorded and mixed at Yellowarch Studios in Sheffield, UK, with Colin Elliot (Jarvis Cocker, Richard Hawley) - is a heady mix of freak folk explorations, freewheeling melodicism, molten white noise and, in true Toby Martin style, sharply observed story-telling. Equal parts tender and abrasive, challenging and inviting, moving and slyly funny, I Felt The Valley Lifting sits comfortably alongside acts like Neutral Milk Hotel,