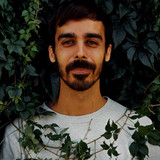 Since the release of 'Balance' in 2012 (mastered by Nils Frahm), Will Samson has been exploring the spaces between ambient, electronic, experimental & folk music. His long-held love and fascination with the sounds of tape that were presented on this early album still remain a central feature of his music. After various other solo and collaborative releases, September 2017 presented his latest offering, 'Welcome Oxygen' - an album that was largely written and recorded over an intense 8 day period in Portugal. This showcases his most raw, stripped down and personal body of work to date. Exclaim magazine stated: "His songwriting continues to gather strength, and the production here is top shelf. For all his low-key, understated delivery, Samson has produced a dynamic, thrilling record, his best so far". Throughout the years of writing & recording, Samson has consistently toured across the UK and Europe. This includes support tours with artists as varied as The Album Leaf, S. Carey, Kurt Vile – as well as opening slots for Ólafur Arnalds, Do Make Say Think, Timber Timbre and many more.The fifth album 'Paralanguage' is out now on Wichita Recordings.