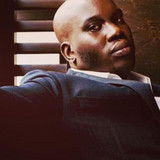 Mark Morrison is the most successful British R&B singer of the mid-90s. His breakthrough single, Return of the Mack became a Top-10 hit worldwide in 1996. Born in Hanover, Germany, to Barbadian parentage, raised in Leicester, UK and Florida, US. In 1995 he released his debut single Crazy (UK Top-20), and Let's Get Down (UK Top-40). Followed in spring of 1996 by Return Of The Mack, which became a smash hit worldwide, spending 2 weeks at No. 1 in the UK charts. Morrison became the first black male solo artist to reach No. 1 in the 90s. His debut album, Return Of The Mack became a multi-platinum success. Further singles, Crazy (Remix), Trippin' , Horny - Radio Edit and Moan and Groan all reached the UK Top-10, making him the first artist in British pop history to have 5 Top-10s from their debut album. While imprisoned he received 4 Brit nominations, Mercury Music Prize/MTV Europe award nominations and 5 MOBO nominations (winning best R&B), as Return of the Mack climbed to No. 2 in the US. He returned with Who's the Mack! (feat. Darkman) (UK Top-20) in 1997, Best Friend (UK Top-40) in 1999 and an independent album, Innocent Man in 2006. The title track was sampled on Innocent by Cassidy in 2007. On its 20th Anniversary, Return of the Mack was remixed by Nevada, and re-released The Mack featuring Fetty Wap. It gave Morrison his 10th UK Top-40 hit, reaching the Top-20 in December 2016, and again collected a platinum certification, amassing over 230 Million streams on Spotify.