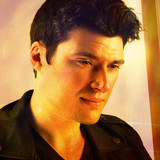 Frank Palangi is an indie rock recording artist homegrown from Upstate New York that reignites the fuel on the genre that refuses to die. His gravelly, deep n gritty, vibrato voice delivers across a room with his charismatic charm. Whether it's a raw, unplugged acoustic set or the full driving sound of the electric guitar, the passion of rock is imprinted in his veins. Frank is a millennial that wears many hats from recording, mixing, producing, teaching guitar lessons and video work. His positive outlook on life is one of you don't just give up & you stay on it however long it takes. His mission statement is "I have no plan b in backing down on my dreams." His style tips the hat on the past 30 year evolution of the 80s & 90s rock & post grunge genres mixed with a taste of heavy metal. Where did Frank start? Influenced by bands from the 80's (Metallica, Ozzy, Def Leppard, Megadeth), 90's (Creed, Godsmack, 3 Doors Down, Drowing Pool), 2000's (Daughtry, Three Days Grace, Shinedown, Hinder), his natural talent for self learning from the age of 13 lead to him being a multi-instrumentalist. "I was a shy kid with health issues growing up with no sports so I turned to creative outlets instead like music and film. Learning from DVD's (early days of the net) TV interviews & live shows from the past decades I knew I wasn't going for the typical drinking, smashing hotel rooms rocker lifestyle that it is known for.