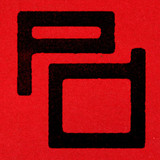 the Top 20 hit ‘Before You Leave’ (2021), and the massive tune ‘Woman In Blue’ from the iconic Levi’s TV ad. However, the last decade-and-a-half has seen Pepe Deluxé evolve into musical archaeologists, their albums Beatitude (2003) and Spare Time Machine (2007) saw them ditching samples altogether in favour of