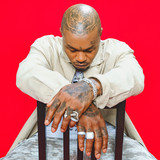 Y2 is a Germany born, Texas raised rapper singer song writer, savant. His approach to music brings new life and is a breath of fresh air for the Hip Hop culture. Some of Y2’s most notable features include Tech N9ne, MGK, Nipsey Hussle, and rising star iyla. Y2 is constantly pushing the culture forward with his consistency and standalone sound. In just 3 years of putting out music publicly , Y2 wrapped his Mixtape Wayne Series that included 13 albums. The final installment to The Mixtape Wayne Series was titled "ASOG" (A Society Of Goats). Y2 expects to create sub genres under the Hip Hop umbrella with his own sound. A true Hip Hop visionary is amongst us all. Y2 feels he is his own genre and is currently on his college tour in the southern region on the United States titled "The Yanarchy Tour" which was inspired by the titled track "Yanarchy" that is featured on 'Mixtape Wayne 8'. 2020 looks extremely bright for Y2, he's truly becoming one to watch and the proof is in the artistry and he continues to travel and explore new heights, sounds and elements in his music.