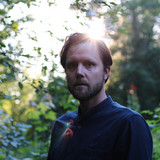 Hush Hush Records is proud to present the debut album 'Breath' (release date September 25th, 2020) by Helsinki, Finland-based composer, multi-instrumentalist, and producer Juha Mäki-Patola. A meditative and pacific instrumental album that revels in rich neo-classical arrangements and calming ambient soundscapes, Juha’s first solo steps into the forefront yields a sublime album that soothes and soars in equal measure. ​'Breath' marks Juha’s first solo release, yet he’s been involved in the Finnish music community for over a decade, serving as a member of several bands and working behind-the-scenes as a producer, musician, and recording/mixing/mastering engineer for both local and international artists from various genres. All of this experience helped steer his vision towards the type of music he desired to compose and produce under his own name. Inspired by the great neo-classical composers of this era such as Jóhann Jóhannsson, Nils Frahm, and Max Richter as well as pioneering artists such as Brian Eno, Philip Glass, and Arvo Pärt, Juha began to create introspective and reflective instrumental pieces that sought a specific calmness – compelling but unhurried.