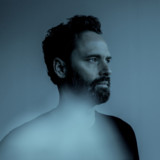 American post-classical pianist and composer Dustin O'Halloran (born September 1971) began his musical life a guitarist. He has claimed in interviews that he didn't really begin to study the piano in earnest until he was in college and studying music. While attending Santa Monica College, he met Sara Lov and started the band Dévics. The quartet released four albums and six singles on Bella Union between 1998 and 2006. O'Halloran began to take the piano seriously while with the band, and then in formal music studies in both Italy and Berlin. He released his first two albums, Piano Solos and Piano Solos 2, on Bella Union in 2004 and 2006, respectively. During the latter year he was given the opportunity to score filmmaker Sofia Coppola's Marie Antoinette. In 2009, he composed the score for director William Olsen's An American Affair, which was released on the Filter imprint. In 2010, he scored director Drake Doremus' feature Like Crazy (which won an award at the Sundance Film Festival in 2011). Lumiere, his debut album for Fat Cat's orchestral 130701 imprint, was issued in February 2011 to stellar reviews. It featured O'Halloran's piano in a slightly more populated sonic field that included other musicians like the ACME Quartet, Stars of the Lid's Adam Wiltzie, and fellow composer Peter Broderick. This was followed by a live solo piano recording, Vorleben, on the same label in June of that year. Three months later, he and fellow classical/film composer Adam Wiltzie made their debut as A Winged Victory for the Sullen with an eponymous LP of ambient neo-classical music for the Kranky label. They released a follow-up, Atomos, in 2014. In the meantime, demand for O'Halloran's film scores increased, and Milan released his soundtrack for the 2013 drama Breathe In. In 2014, he landed a regular gig on the Golden Globe-winning web series Transparent, starring Jeffrey Tambor. He won an Emmy for its theme music in 2015. Among other film and television work in the months that followed, O'Halloran collaborated with experimental musician Hauschka (Volker Bertelmann) on the 2016 drama Lion. Both the film and the score were nominated for Academy Awards. 2018 saw O'Halloran score Save Me, a six-part British television drama serial, the American drama film Puzzle, and the crime drama The Hate U Give. 2019 saw the arrival of the Sundoor EP, which featured a single 20-minute piece that was adapted from a site-specific composition for American artist Slater Bradley's Sundoor at World’s End installation in Venice, Italy in 2017. ~ Thom Jurek & Marcy Donelson, Rovi