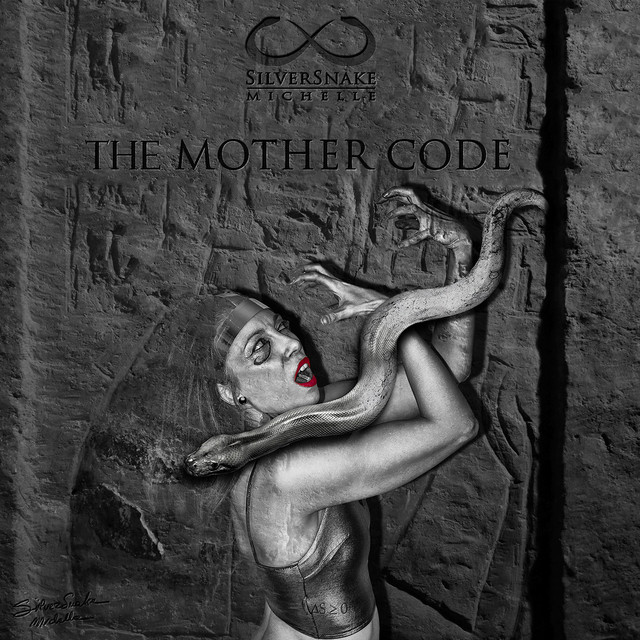 Micaela Battista, alias SILVERSNAKE MICHELLE, was born in Turin in 1975. In 1993 she started studying acting at Teatro Nuovo in Turin. In the meantime she graduated from law school and passed the lawyer professional examination. Since 2011 she took part in a choral studies program as a soprano, with Civici Cori of Milan. She followed lessons of ethnomusicology in Milan. She passed the examination of music theory at the University of musicology. Since 2012 she has been studying modern singing with Dino Brentali using SLS method (Speech Level Singing) by Seth Riggs. In 2013 she undertook a personal musical research path. Since then she has been composing and interpreting her own songs, under the name of SilverSnake Michelle. Her stage name is a symbol of rebirth and wisdom, and it represents life itself. In 2014 she released her first album "So in my mind". In October 2014, she was selected to participate in a television program in the United States (Cape Cod): LIVE FROM CENTER STAGE performing in USA with Daniele Marchetti (guitars and keyboards) and local musicians. In 2016 she released her second album "Her Snakeness", a progressive concept album composed of 14 tracks. In 2017 she released a new EP "...Buries The Secret Of..." that is a conclusion of previous album. In 2019, she began to work on his fourth album, "The Mother Code", consisting of 9 tracks, then released in April 2020 by the independent record label AREASONICA RECORDS in Bologna.