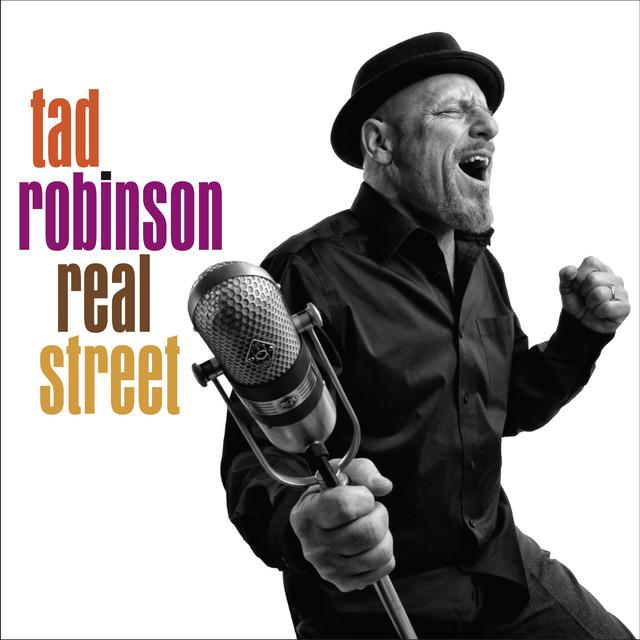 Tad Robinson would have fit in snugly with the blue-eyed soul singers of the 1960s. His vocals virtually reeking of soul, he's capable of delving into a straight-ahead Little Walter shuffle or delivering a vintage O.V. Wright R&B ballad. Add his songwriting skills and exceptional harp technique and you have quite the total package. Robinson grew up in New York City on a nutritious diet of Stax, Motown, and Top 40, digging everyone from Otis Redding and Arthur Alexander to Eric Burdon and Joe Cocker. He matriculated at Indiana University's school of music in 1980, fronting a solid little combo on the side called the Hesitation Blues Band that made it up to Chicago now and then (where he soon relocated). Long respected locally, his reputation outside the city limits soared when he took over as vocalist with Dave Specter & the Bluebirds. Their 1994 Delmark disc, Blueplicity, was an inspiring marriage of Robinson's soaring vocals and Specter's tasty, jazz-laced guitar and featured the striking Robinson-penned originals "What's Your Angle," "Dose of Reality," and "On the Outside Looking In." Delmark granted Tad Robinson his own album later that year. One to Infinity escorted him even further into soul territory (guests on the set included Mighty Flyers guitarist Alex Schultz, the mystical Robert Ward, and Specter). ~ Bill Dahl, Rovi