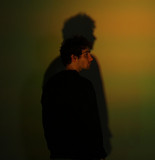 Thomas James White is an Ambient & Neo-Classical multi-instrumental composer and producer based in Cardiff, UK. Working from his studio, nestled in the heart of Cardiff Bay, his work is written to inspire a sense of calm, majesty and peace to its listeners. In addition to releasing his own artist material, Thomas works as a composer for Film, TV & music production libraries.

On the 6th November 2020, Thomas released his debut album 'The Deep Blue' both digitally and on vinyl, following this with an EP of B-Sides in 2021. Despite his foundations being in Ambient composition & production, Thomas' work spans various genres, from Post-Rock & Contemporary Classical to Lo-Fi Electronica & Minimal House. The next chapter of Thomas' music will be released as a string of monthly singles, from July to December 2021.