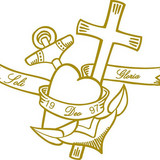 Soli Deo Gloria is one of the youngest choirs of the former island of Urk. It was founded in 1997 by some friends. Since then, the choir is led by musician Jaap Kramer. From the early start of the choir commitment to quality has been an important goal. That commitment has made Soli Deo Gloria one of the most famous christian choirs in the Netherlands.  Concerts Soli Deo Gloria has given many concerts, mainly in The Netherlands. On average the choir gives 10 to 15 concerts each year. Soli Deo Gloria is a welcome guest on Dutch television. They made several TV appearances in the Dutch program “Nederland Zingt”. In 2002 a succesful concert tour was made to Ontario, Canada. In 2015 the choir undertook a second concert tour to Canada celebrating the 70th anniversary of the liberation of the Netherlands.  Rehearsal The men of Soli Deo Gloria rehearse every sunday afternoon, from 2.30 till 4 pm. The choir as 23 members at this moment, and doesn’t take new members. We believe our strength is in our size. We strive for quality, not quantity.   Clothes The choir performs in the traditional costume of the former Island of Urk. This costume consist of traditional black shoes and socks, black pants with big silver buttons and a red striped shirt with golden buttons and a black scarf.