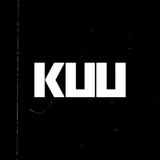 Food for the soul, nourishment for the body and an escape for the mind, KUU’s music transports you to a place of optimism, hope and joy. Formed two years ago, after a lost weekend at legendary Ibiza nightspot Pikes, channeling the infamous 80s Balearic Beat scene, KUU distills the essence of this era into their music. Like the best ideas, it took on a life of its own before they’d even had a chance to make any firm plans. From the moment they started working together, KUU members Alex Metric, Riton and Shungudzo have found the music has almost written itself. Working without the pressures of a grand plan, they’ve relished the freedom of going wherever the project takes them. A Zimbabwean-American singer, songwriter and record producer, Shungudzo’s soaring vocals have helped propel the project to new heights, with her diverse heritage and carefree outlook helping liberate the crew. This is a project where feeling, intuition, vibe and energy are the driving force, leading to a series of original cuts and edits that are full of authenticity. So far they’ve recorded six singles, with a series of inspired edits to accompany the songs, joining the dots between the roots of rave culture and the broad appeal of pop music.