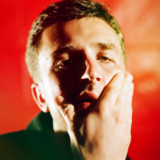 Will Marsh started Gold Connections at the College of William and Mary, where longtime friend Will Toledo (Car Seat Headrest) produced and recorded Marsh’s debut self-titled EP released in 2017 on Fat Possum Records. With newly found access to professional studios, such as Mitch Easter’s Fidelitorium, Gold Connections followed up their scrappy EP with two new releases that adventured into hi-fi, 2018’s Popular Fiction and 2019’s Like A Shadow, both via EggHunt Records. The Ammunition EP, out now on cassette and digital copy, introduces a new level of focus and sonic flexibility to the energetic rock and roll that has made a name for this Virginia indie outfit. Ammunition was their first self-release distributed via AWAL, followed by “Confession.” After five years in Charlottesville they are now based in Richmond, Virginia.