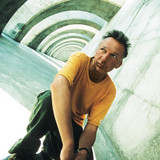 Lemongrass is an enrichment for several human senses. Our tongue and nose get stimulated by the fresh citrus flavor of the plant and our ears receive well-being treatments by Roland Voss‘s “Lemongrass” project. Founded in 1996 at times when the world of Lounge & Chillout was an undiscovered open field of creativity - the perfect playground for the manifold musical interest of Roland Voss. Early days reflect his passion for cool rhythmic grooves. Later on also NuJazz, Ambient, R’n'B, Deep House, Soul and Lounge made their impact to his music. Roland Voss always worked hard to make his talents blossom. During the ’70s he played drums with numerous Rock, Funk and Jazz bands. During the ’80s, Roland developed a penchant for electronic instruments. His highly acclaimed debut album called “Drumatic Universe” came out on a small German imprint called “Incoming!” in 1997. Soon after one of the hottest Electronic Music labels at that time “Mole Listening Pearls” was so impressed, that they signed him straight away. Over time some Lemongrass songs became very influential for modern Lounge music, tracks such as "Journey To A Star", “Feel Good” and “Got It On The Dancefloor”. In 2005 Roland and his brother Daniel Voss founded the label “Lemongrassmusic”, considered as a platform for their own projects and productions and now a home for many talented artists. The 22nd Lemongrass longplayer called “Temptations” is scheduled for April 24th, 2020.