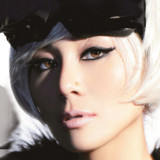 Zya Mou Bio Born February 9th, 1978 in Jinan City in the Shandong Province of China, Zya Mou (牟亚) is a Chinese born Canadian based singer and worldbeat star. Known for her style of blending pop and dance with traditional Chinese music, Zya is a household name in China, with billions of plays online she is an incredibly successful artist in Asia. She is also known for her work as an actress, starring in the popular television drama Urban Business Card (都市名片). In 2006 she launched her self-titled album “Zya” in mainland China, a mixture of pop, romance, and R&B, with hit tracks “The Mermaid Paradise” and “Love”. 2008 saw her perform the theme song “Waiting”, for the urban family drama series “The Time Difference of Couples”, directed by Sun Wei. Zya was praised for the way she conveyed dedication in the song. Later the same year Zya travelled to Las Vegas, invited to record the song “Love and Peace” for the 2008 Beijing Olympics, which she later performed live as part of the opening and closing ceremonies. In 2018 Zya released “Shake The Ground”, an amazing dance and worldbeat track showing off a new direction for the artist, moving into EDM, but still holding her roots in worldbeat. In 16 years of hard work and dedication Zya Mou has established herself as an amazing and skilled artist, and now with her triumphant entrance into the Western music scene, she can only go up from here.