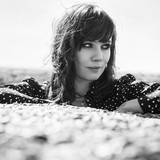 English singer/songwriter Rose Elinor Dougall hit the jackpot with her first band, the girl group-fixated Pipettes, who signed to a major label and toured the world in the late 2000s. After striking out on her own, she recorded a handful of singles and an album before being swept up in Mark Ronson's world, first as a contributor to 2010's Record Collection, then for a couple years as a member of his live band. After this almost decade-long whirlwind, Dougall settled down to crafting a solo career based on her emotionally powerful songs and haunting vocals, making a strong second impression with her synth-based Stellular in 2017, then expanding her sound in more traditional adult pop realms on 2019's A New Illusion. Dougall was born in 1986 in London and grew up in Kent with a musical family. Her father, Alastair, is a singer/songwriter on the Brighton scene, and her brother Tom is a skilled guitarist. She developed a love of music at a young age, raptly listening to her parents' folk and reggae records, then falling under the spell of bands like Elastica and Pulp. While attending Camberwell College of Arts, she began writing her own songs. In 2003, she joined the '60s-inspired girl group the Pipettes, who went on to score two U.K. Top 40 singles -- "Pull Shapes" and "Your Kisses Are Wasted on Me" -- and released an album, We Are the Pipettes, in 2006. After five years with the group, she left the band to embark on a solo career. Dougall had helped write many of the Pipettes' songs, and once on her own, she began writing songs that were inspired by British folk-rock, psychedelia, and the Brit-pop she had loved as a child. She worked with producer Lee Baker on recording them, while also putting together a backing band called the Distractions. The group featured her guitar-playing brother Tom, who was also playing with Joe Lean & the Jing Jang Jong at the time. Dougall's first solo single, "Another Version of Pop Song," was released in 2008 on her own Scarlett Records. The next year, she issued the singles "Start/Stop/Synchro" on Spanish label Elefant and "Fallen Over" on Scarlett while working on her debut album. Without Why was released in 2010 and showed the influence of jangly bands like the Smiths and icy-cold groups like Cocteau Twins while maintaining just a touch of her former band's bounciness. Dougall's voice and songs caught the attention of Mark Ronson, famous for his work with Amy Winehouse. He invited her to help work on his 2010 album Record Collection; she ended up co-writing one song and singing on a handful. This led to Dougall joining Ronson's live band the Business International, which kept her busy over the next couple of years. She did find time in 2012 to sing a song on Rufus Wainwright's Out of the Game album, then she appeared the next year on We Are Scientists' TV en Français. She also released two EPs in 2013 -- The Distractions and Future Vanishes -- while continuing to write songs at a steady clip.

When she began work on her second album, Dougall turned to Boxed In's Oli Bayston for production help. Together they crafted a pristinely arranged, layered-in-synths album that left behind psychedelia and folk in favor of space age pop. Stellular was released in 2017 by Dougall's new label, Vermillion Records. Her next album took a stylistic left turn. Inspired by British folk singers like Sandy Denny and Anne Briggs, and mostly composed on piano, 2019's A New Illusion relied on arrangements full of said piano (as played by Dougall), strings, horns, and far less synthesizer. The record was co-produced by Dougall and Matthew Twaites. It featured contributions from Dougall's brother Tom, his Toy bandmates Max Claps and Maxim Barron, and Euan Hinshelwood and Joe Chilton of Younghusband. ~ Tim Sendra & Jon O'Brien, Rovi