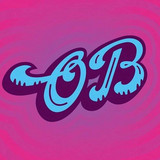 Opposite Box is an American experimental rock band from Chattanooga, Tennessee known for seamlessly blending 70s-inspired progressive rock and contemporary jazz-funk with a variety of shifting genres and psychedelic soundscapes. Although the band is primarily popular among the US jam band and music festival scene, OB has little in common with the music of contemporary jam band mainstays.