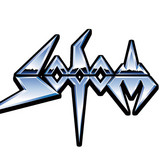 Considered one of German thrash metal's "Big Four" along with Kreator, Tankard, and Destruction, Sodom is one of the genre's longest-running and most influential bands. Emerging in the early 1980s, the group took cues from Mercyful Fate, Accept, and Venom, among others, and from the New Wave of British Heavy Metal, to create a tougher, leaner form of metal. Landmark albums like Persecution Mania (1988) and Agent Orange (1989) followed, with later offerings such as Tapping the Vein (1992), Sodom (2006), Epitome of Torture (2013), and Genesis XIX (2020) introducing elements of death, crossover, and groove metal into the mix. Despite enduring multiple personnel changes, the band has remained continuously active, with bassist/vocalist Tom Angelripper serving as the only constant member. Formed in 1981 in the city of Gelsenkirchen, Sodom's earliest incarnation consisted of Tom Angelripper, Aggressor, Bloody Monster, and Arius Blasphemer. Looking to escape a future spent in the region's coal mines, the band, which was now operating as a trio -- Arius was fired, Aggressor was replaced by Grave Violator, and Witchhunter took over for Bloody Monster -- began cutting demos, resulting in the release of their debut EP, In the Sign of Evil in 1985. Raw and uncompromising, the five-track collection, which helped spur the black metal movement, yielded future fan favorites like "Outbreak of Evil" and "Blasphemer," and eventually caught the attention of Steamhammer. With Angelripper, Witchhunter, and new guitarist Frank Blackfire serving as the group's core, Sodom began issuing a string of authoritative albums for the label, beginning with 1986's seismic Obsessed with Cruelty. The group dialed back on the Satanic themes for their sophomore effort, 1987's Persecution Mania, which traded black metal for thrash and took on a more political tone. Continuing to lead the charge for the burgeoning Teutonic thrash scene, the band released the acclaimed Agent Orange in 1989, which became the first thrash album to crack the German charts, marking Sodom's commercial breakthrough. Blackfire left the band the following year to join Kreator, and was replaced by Michael Hoffmann, who made his studio debut on 1990's hard-hitting Better Off Dead. 1992's Tapping the Vein began trafficking in elements of death metal, and introduced new guitarist Andy Brings, who took over for Hoffman. It also marked the departure of Witchhunter, who was fired shortly after the tour. Angelripper enlisted former Holy Moses and Living Death drummer Atomic Steif for the group's sixth studio long player, 1994's punk-infused Get What You Deserve. 1995's Masquerade in Blood continued to tinker with the formula, adding greasy groove metal to the group's evolving blend of crossover thrash and death metal, while 1997's 'Til Death Do Us Unite and 1999's Code Red saw the band return to the old-school Teutonic thrash of their earlier works. A concept LP about the Vietnam War, M-16 arrived in 2001 and was followed in 2003 by Sodom's first concert album, One Night in Bangkok. Stating that "every band needs a self-titled album," Angelripper, guitarist Bernd "Bernemann" Kost, and drummer Bobby Schottkowski released Sodom in 2006, and in 2007 Witchhunter and Grave Violator returned for The Final Sign of Evil, a re-recording of their debut EP with bonus tracks -- Witchhunter died the following year after battling a long illness. A remastered version of Agent Orange was released in 2010 alongside a new studio album, In War and Pieces. 2013's punitive Epitome of Torture became the group's highest Billboard debut to date, and their 15th full-length effort. 2016's Decision Day followed suit, making a strong showing both at home and abroad. In 2018 the band issued the Partisan EP, which saw the return of Frank Blackfire and the arrivals of drummer Stefan Hüskens and second guitarist Yorck Segatz. Drummer Toni Merkel joined the crew for 2020's neck-snapping Genesis XIX. ~ James Christopher Monger, Rovi