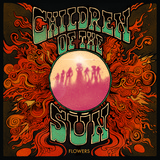 Featuring Children of the Sün

Inspired by Janis Joplin, Jimi Hendrix, and the free lovin’ spirit of 1969’s legendary Woodstock Festival, Children of the Sün embody both the carefree and reflective sides of classic rock music. This band look like hippies, sound like hippies and even bring a wooden sun on stage with them - but the sunshine flows through their performances all by itself. The eight-piece outfit, hailing from Arvika, Sweden, blends seamless vocal harmonies with throwback grooves on their upcoming debut full length album Flowers. Soulful and psychedelic, they use their music to conjure up feelings of freedom, love, and a connection with the natural world. Following their 2018 success in the Swedish music competition Livekarusellen, the band released a self-titled EP and later came under the wing of The Sign Records. Children of the Sün look forward to releasing Flowers via The Sign on July 27th, 2019 in digital, CD, and vinyl formats.