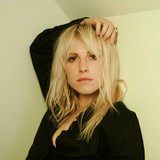 Hayley Williams is the singer of the American genre-neutral band Paramore, and founder of haircare and color company Good Dye Young. “Simmer” marks the first single from the Grammy award-winning Paramore singer’s hugely anticipated debut solo album. “I’m so ready and so incredibly humbled to get to share this project with the public. Making it was a scary, empowering experience. The songs just keep getting more personal.” says Williams. “Simmer” marks Williams’ first new music release since Paramore’s chart-topping 2017 album, “After Laughter”. Highlighted by singles “Hard Times,” “Told You So,” “Fake Happy,” and “Rose-Colored Boy,” the LP debuted at #1 on Billboard’s “Top Alternative Albums” chart upon its May 2017 release while also arriving on the overall SoundScan/Billboard 200 at #6. Long regarded as an exhilarating live act, Paramore has spent much of the past decade-plus on the road, including countless sold out world tours and show-stealing festival sets around the globe. Williams has also enjoyed a wide range of extracurricular success, including collaborations with such diverse artists as Zedd, American Football, and Chvrches. As for the upcoming album, Petals For Armor, Williams says, “Now that it’s time to put it all out there, I can finally exhale. I’m excited to let people in to experience a different side of myself that I’ve only very recently become familiar with.”